If you live in LA, you’ve been feelin’ the heat big time.  It has been 98 plus for the past few days and the valley, where I call home, has been especially brutal.  For yesterday’s play group I had to abandon all previous plans and just go water, water, water.  It was either that, or cancel.  I’m so glad I didn’t cancel because these waterbeds were so much fun.   To make them, I cut two squares from plastic tarp found at OSH and sealed them off with gorilla tape.  The trick was to stick tape on one edge of the plastic and then stick another piece to the back side so the tape stuck to itself.  Flor figured this out after we made four other ones, which is why you only see three in the pictures.  All the rest slowly let out all the water, well, not that slowly.  Oops.  Thank you Flor.  You did it again.  I left a little hole for the hose, ice and food coloring and then sealed it up the same way, tape on tape. They were so much fun. Our play groups are for children 6 months to around 3 years so finding things that work for the babies as well as the older kids can be challenging.  The waterbeds were perfect.  The babies just chilled for the first half of play group and looked so content floating on the water while the moms got to chat. The older kids did a lot more jumping (ahh, don’t break!) rolling, and crawling.  We even had some yoga moves. Yesterday kicked off a new play group session in a great way.  It was so nice to see all these new faces and get to know everyone a little bit.  These two sat and chatted for quite a while.  The cuteness was pretty off the charts.  Not bad for 99 degrees in the valley.  (Second half of play group pics to come.) 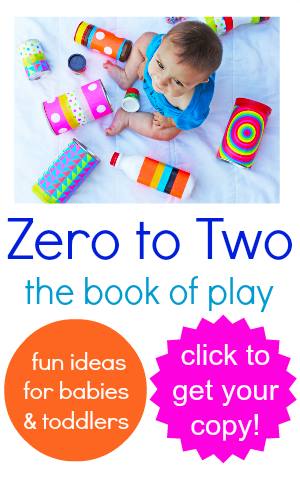