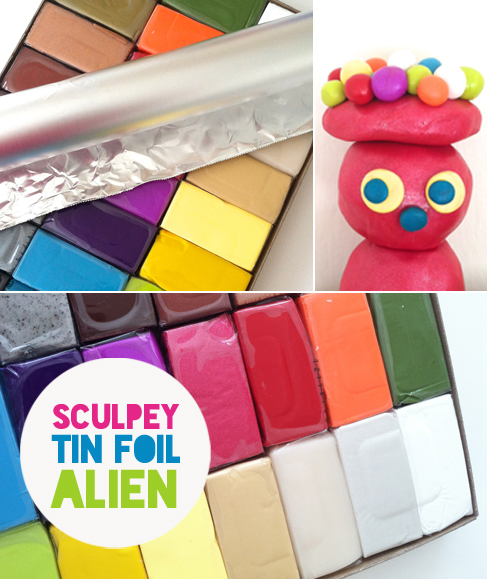 It’s been over three years since I created Alien Army.   Since then, I have created over two hundred unique Alien Army figures for kids of all ages to enjoy.  Their mission is simple, to save the universe one planet at a time.  This year, my goal is to make Alien Army a household name.  In the meantime, however, I made a larger scale Alien Army figure for Gigi to play with.  I can’t wait to hear her say “ooooh” when she sees it.  It’s about three inches tall, which is pretty big compared to the originals, which are only about an inch. 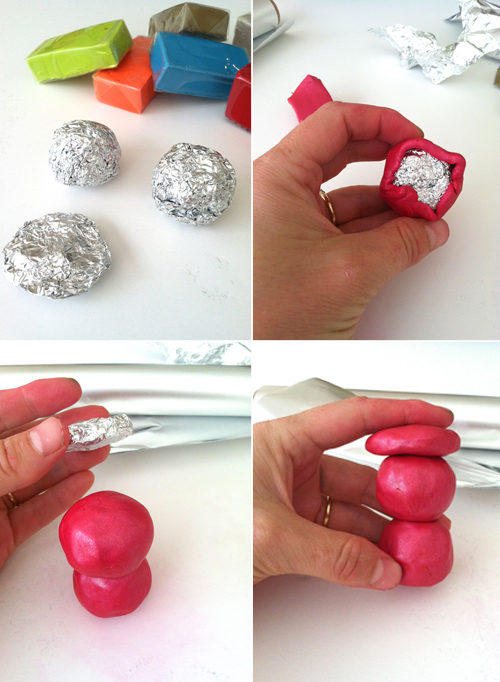 I chose to make an alien but you can make anything using this technique.  It’s great because you can make larger sculptures without using too much sculpey.  First, mold the tin foil into the shapes you will need for your figure.  You can make one big shape or individual shapes that stick together later, like I did above.  Mold the tinfoil just like you would the clay.  It doesn’t have to be exact.  When you start placing the sculpey you can add whatever details you need.  For mine I made two tinfoil balls about an inch each and a disc for the cap part.  Then I covered each in a thinnish layer of pink sculpey.  I pressed them all together and then pressed the figure down on the table so it would form a flat bottom.  I like my aliens to be able to stand. 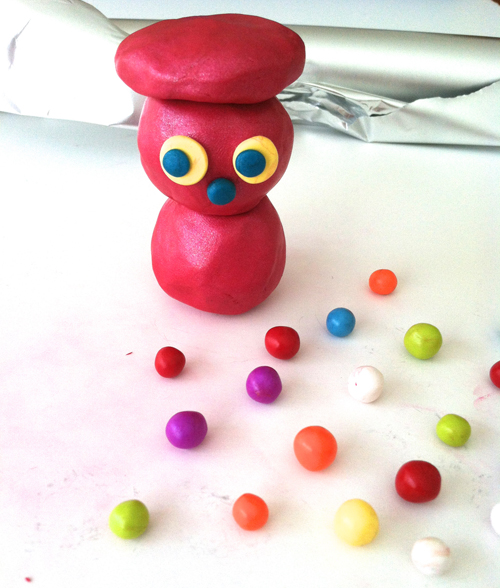 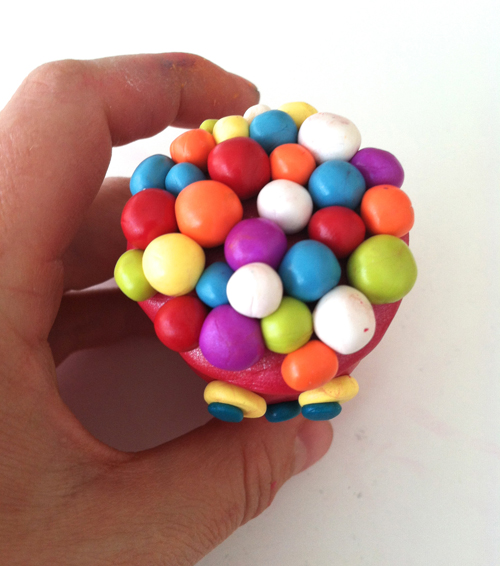 Then I added all the details with small balls in different sizes.   I baked her in the oven at 275 for about 20 minutes.  Now she’s hard as a rock and waiting patiently for Gigi to get home.  Yay. 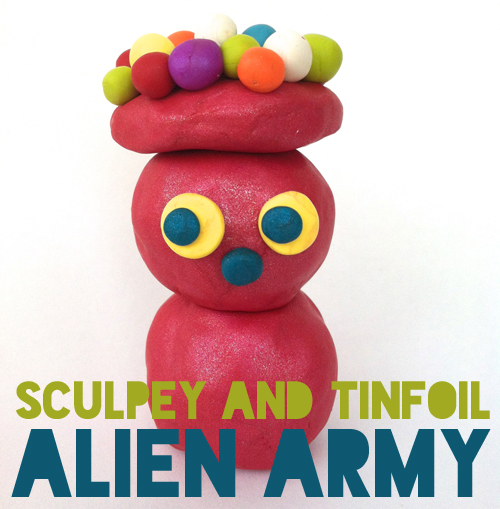 This particular alien is a member of the Hatfield family.  She has a few brothers and sisters, a mom and a dad.  I hope to make the whole collection on this scale over the next few days.  Her one inch counterparts will soon be available on my etsy shop, along with this super cool Alien Army poster.