Tools For Toddlers – The Importance of Tinkering 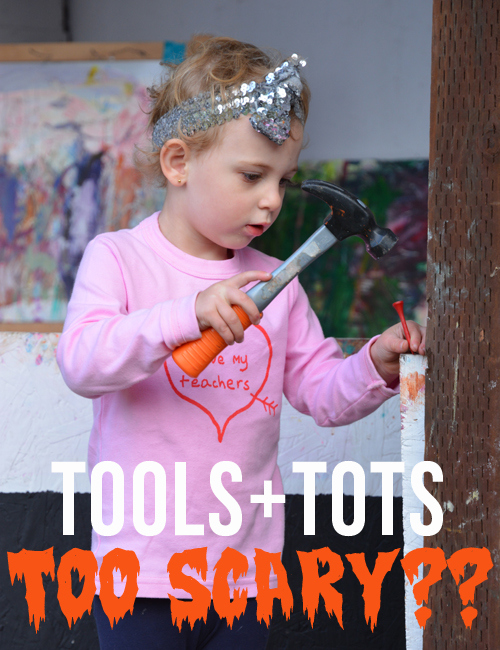 I watched Gever Tulley’s awesome TED talk recently about letting children play with “dangerous” objects.  I really enjoyed it, especially since I am often confronted with gasps and head shakes from other parents when they see my children explore with nails, hammers, wrenches, toothpicks and other scary tools like these.  I was once publicly shamed by a mother, who, upon seeing my nine month old Gigi holding a fork at the dinner table, said to her young daughter, “that mommy doesn’t care if her daughter pokes her eye out.”  Ha!  I’ll never forget that.  It seemed so odd to me that she would just assume that Gigi had no idea where her eyes were and that she would just randomly dagger herself in the eyeball.  I know everyone has their own comfort level and every child is different, so let me say upfront, you have decide what is safe for you and your child.  I trusted Gigi implicitly with that fork.  I knew she wasn’t going to dagger herself.  That would have been extremely out of character for her. Gigi is a little over two now.  My “carelessness” would first horrify that mom if she saw us in action these days.  We have moved way beyond forks.  Gigi can use a butter knife, a peeler, a hammer, a power drill (with her dad) and a scissor, her new fav.  I want my kids  to investigate with these tools and learn and figure things out with them.  I believe giving them tools is an essential step towards building critical thinkers and actively curious little beings. 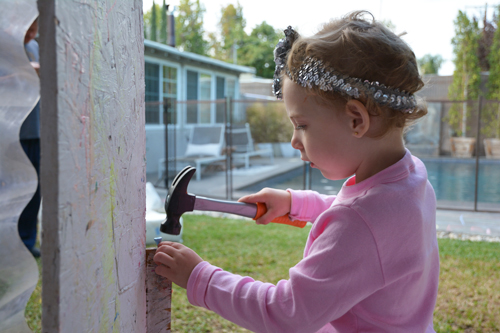 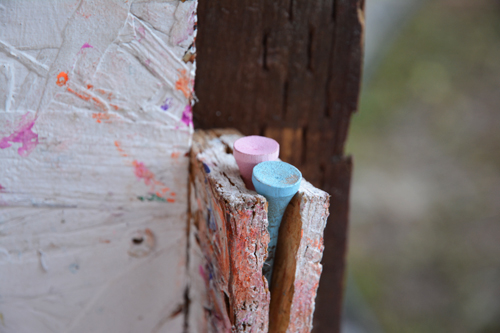 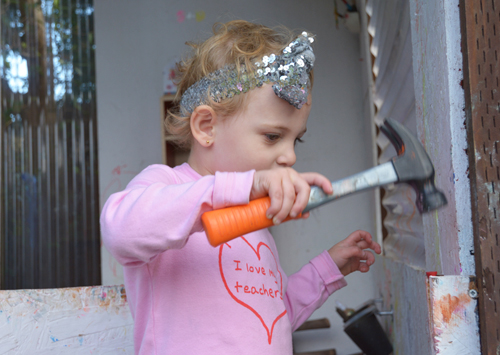 Gigi spent 20-30 minutes hammering golf tees into a crack she found in the playhouse.  She didn’t even mind when I went inside for a minute and she was outside by herself.  Yes, by herself with a hammer!  I came out and she had two golf tees in the crack and was proud as could be.  My girl, the builder.  I hope D follows in her footsteps too.  So far, she loves to sit and put sticks into holes, or markers into caps.  Her hand/eye coordination blows me away and I will continue to nurture this ability as much as I can.  I remember several months ago we bought an old school extra extra large Tinker Toy set at the Rose Bowl.  It was so awesome. Gigi and Ev built a whole world in the backyard for hours.  I’ve never seen Gigi so engaged.  Both my girls love the tool set from Ikea.  It is played with constantly because it feels real to them and the tools actually work.  Kids love to work with their hands and create things that are real and important to them.  They’re not going to dagger out their eyeballs.  They’re going to build! 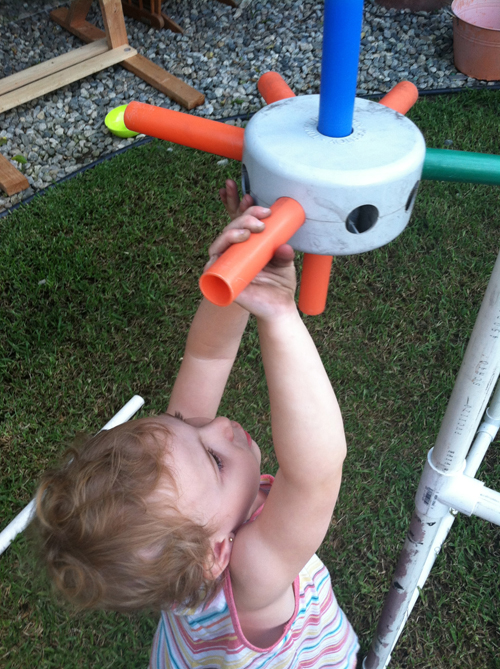 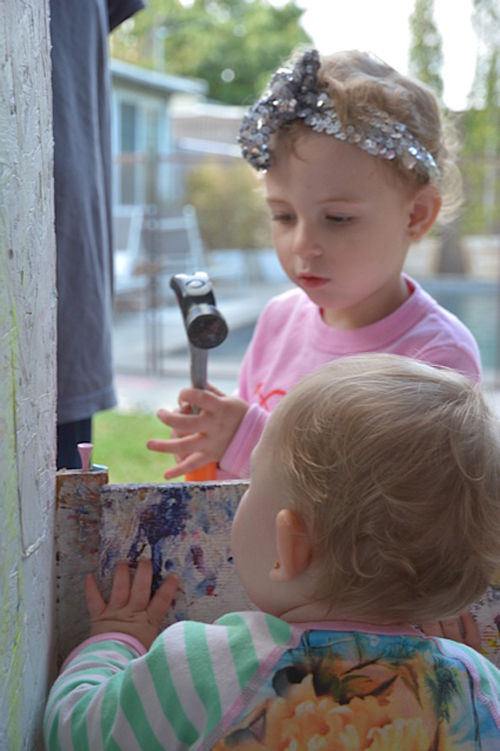