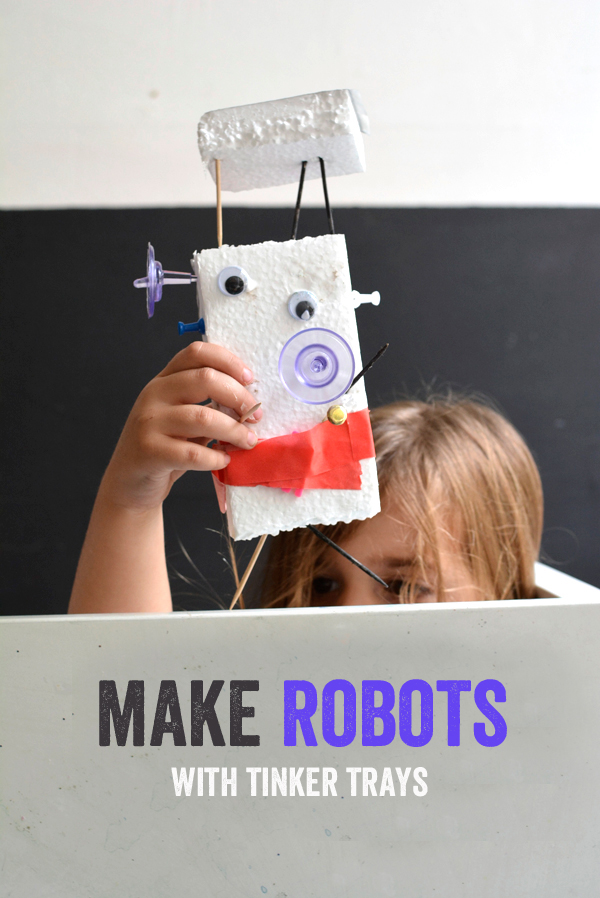 Last week in art class one of the kids requested to make robots.  I had made robots years ago using duct tape and recycled boxes.  They came out really great but I felt like I needed something new.  These tinker tray robots did just the trick.  They were so much fun to make! So much so that we even put on a little robot show at the end of art class.  Read on to see what we did. 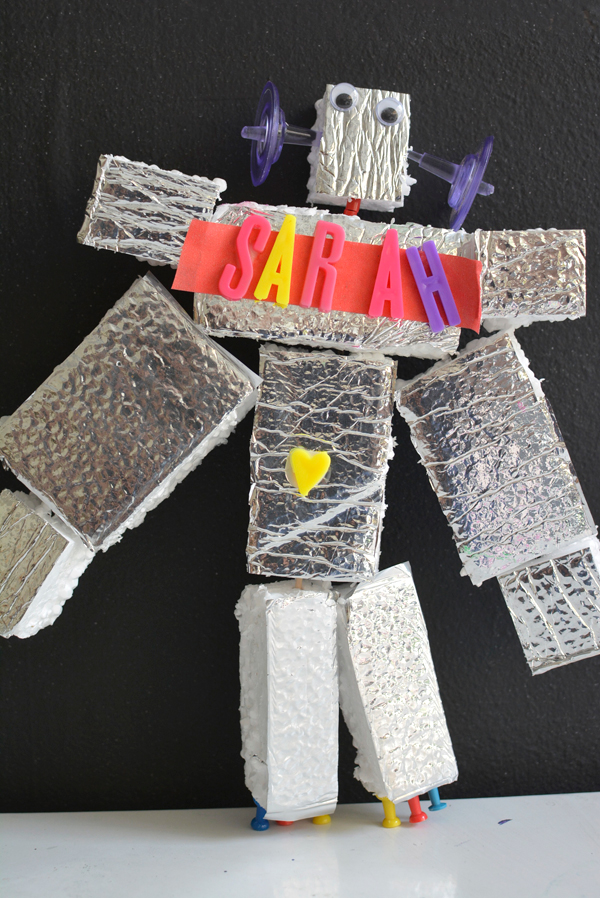 For starters, I gave all the kids tinker trays.  If you’re not familiar with tinker trays, check out how to make tinker trays and then decorate pumpkins with tinker trays because they are totally awesome for kids and my most recent creative obsession.  Tinker trays give kids so much freedom to create and try out their own ideas.  They really are awesome.  Anyway, I filled the tinker trays with all kinds of materials including, thumbtacks, beads, toothpicks, rubber bands, tape, brads, perler beads

, googley eyes, random plastic things from Trash for Teaching and cool alphabet letters I picked up at Michaels.  The toothpicks were essential for the construction of the robots. 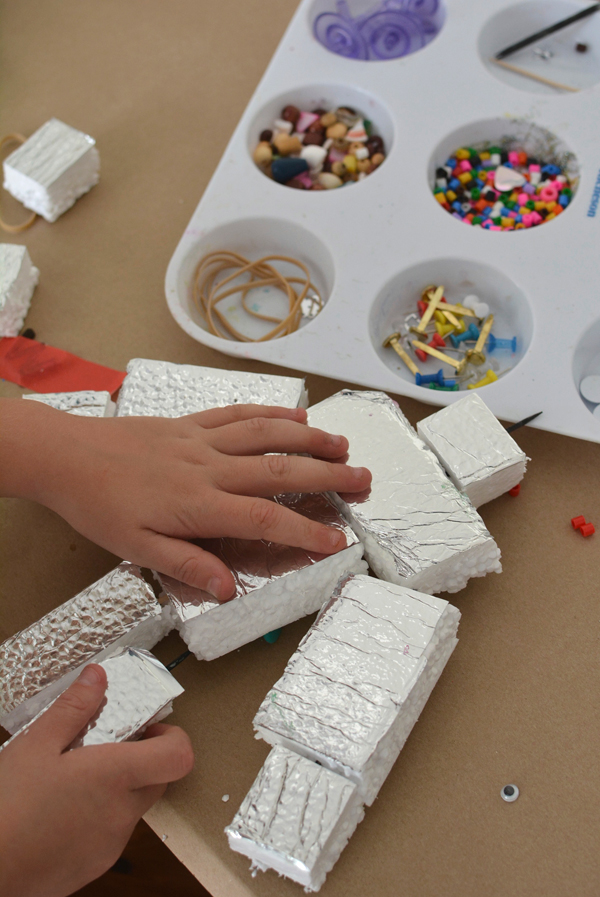 To create the body I pre cut insulation found at Home Depot in the trash bin (I find all kinds of good stuff in there.)  It was super easy to cut using a box cutter

.  I just scored the silver side and snapped it.    If there is a clear sticker on the back side of the insulation, just peel it off before cutting.  I was able to cut tons of pieces in different sizes in less than ten minutes and they were perfect for the robot body parts. 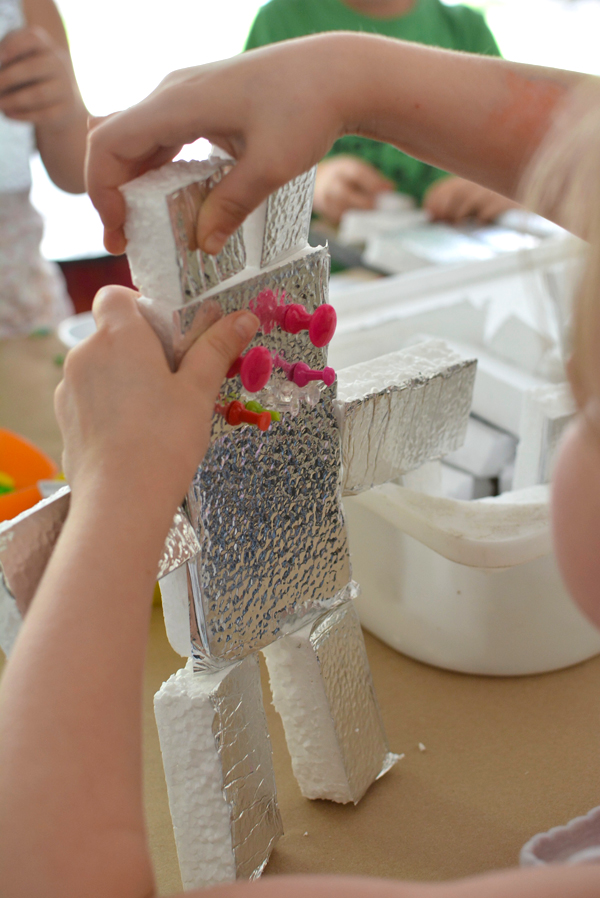 We used toothpicks for connecting the insulation pieces.  If you can’t find insulation, start collecting styrofoam from packaging.  That would work great as well, though the cool thing about the insulation is the shiny silver metallic side that is perfect for robot making.  I gave a really short tutorial on how to connect the pieces in the beginning of class but it wasn’t really necessary.  The kids understood just what to do right away. I just wanted to give a few ideas for anyone that might have needed one. 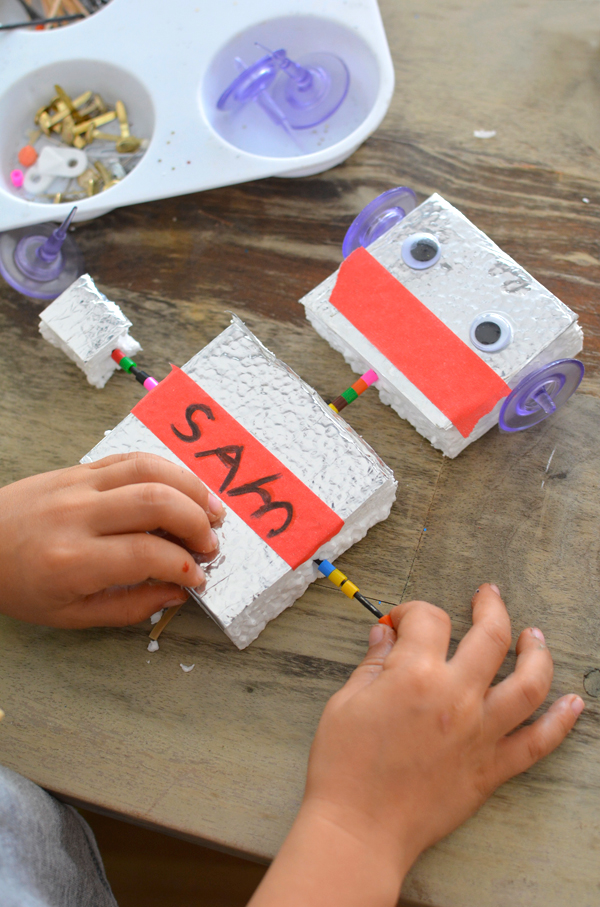 Putting pearler beads on the toothpicks in between the insulation was a big hit and gave the robots a great splash of color.  The thumbtacks were also great because they went into the insulation so easily. 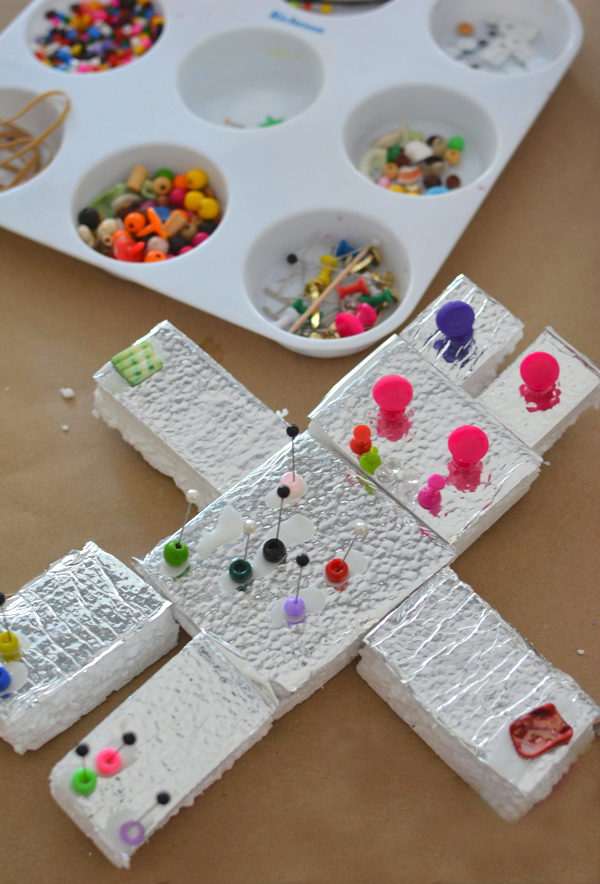 The kids started playing with the robots immediately.  It was great.  Soon we had a whole family of robots.  Mamas, babies, Dads and siblings were all represented and each one had it’s own unique style and personality. 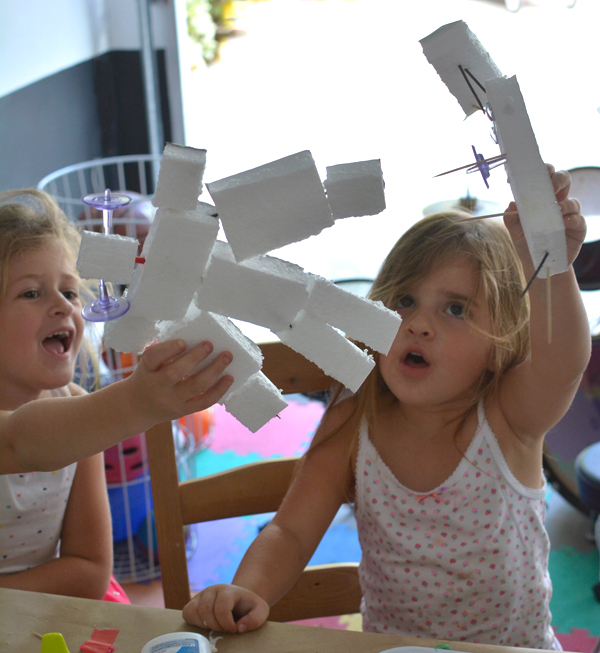 At the end of class I turned over a little table and all the kids introduced their robots one by one to the audience puppet show style.  This part was really fun.  All the parents cheered and everyone was so proud of their robots. 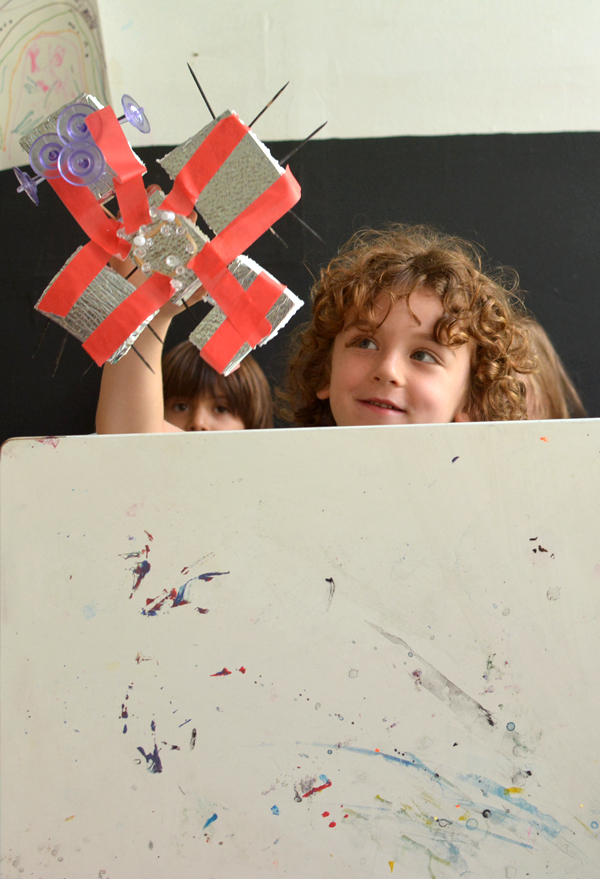 This was a super fun project for all ages in the group.  The youngest was three and she had a blast.  The oldest was 6.  This would make an awesome play date activity.  We will definitely be trying this out again.  I’ll be searching for more items to place in the tinker trays.  Nuts and bolts would be really fun too.  And wire! Yes, definitely some wire would be great.  Have fun with it and if you give it a try, please send me a pic.  I’d love to see.  Happy tinkering.  Meri 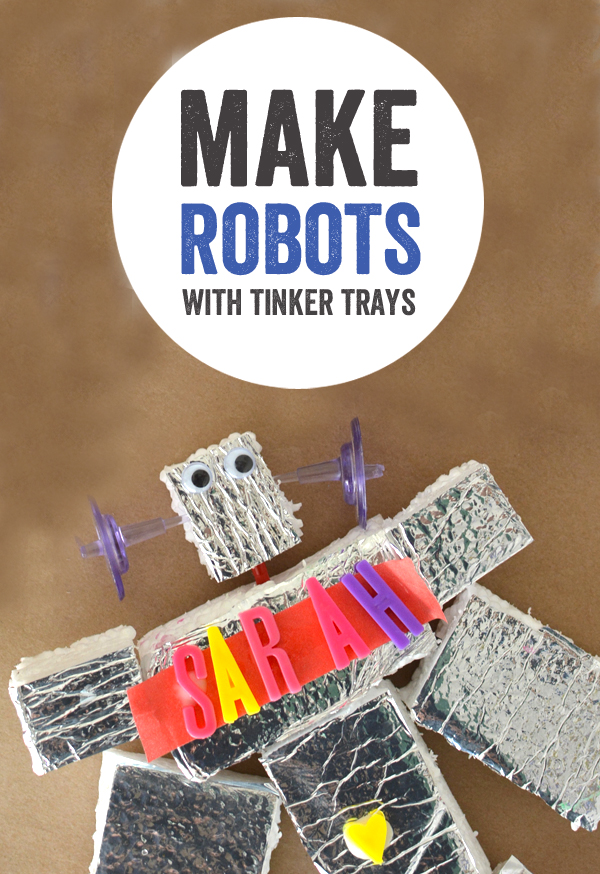