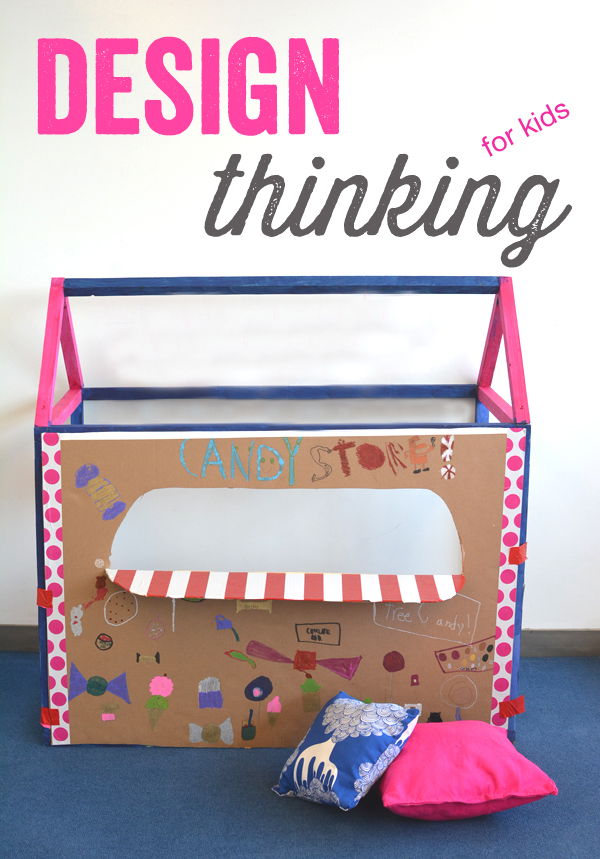 Have you ever heard of Design Thinking?  It’s a creative way of solving problems in business and in the classroom.  I was lucky to learn about it last year along with some pretty fantastic 5 and 6 year olds.  We tasked the first graders with discovering a school wide problem from the perspective of the kindergarteners. Then they had to work to solve the problem through the Design Thinking process.   In honor of week 3 of our STEAM Series (Science, Technology, Engineering, Art and Math) I thought I’d share about our process and how we learned empathy through problem solving and harnessing the energy of 20 super smart first graders.  Maybe our experience will inspire some new ideas for you and your family or classroom. 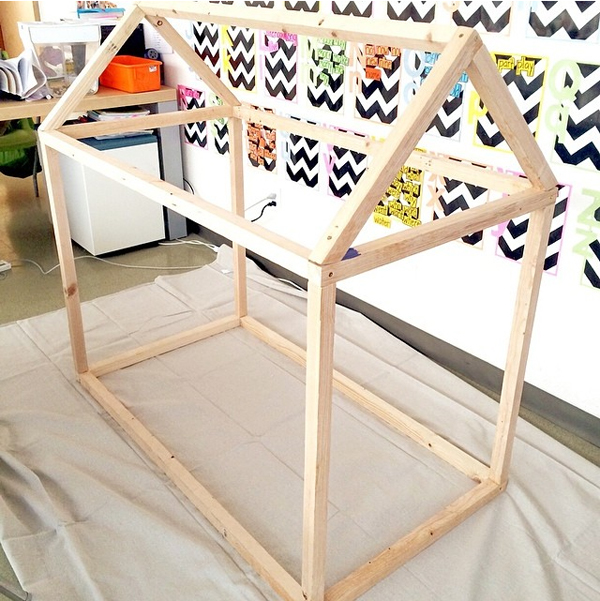 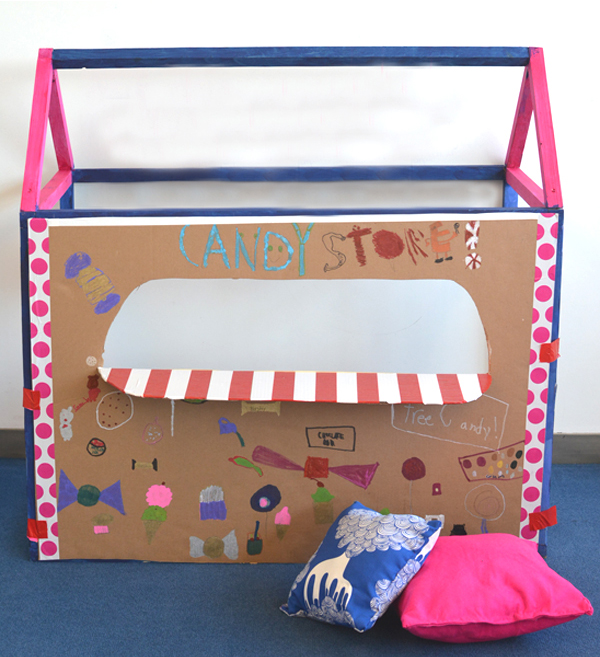 We started by electing a group of first graders to interview the kindergarten class about what they thought could be improved at our school.  Turned out that the kindergartners wanted more fun things to do on the school yard, specifically, a playhouse that doubles as a candy store.  .  They wanted everything from a zip line to a resting area where they could read books and eat candy.  We did discuss that we couldn’t sit around and eat candy all day so they agreed that it could be a pretend candy store. They also agreed to a zip line for toys rather than people for safety reason. Gotta love 5 year olds 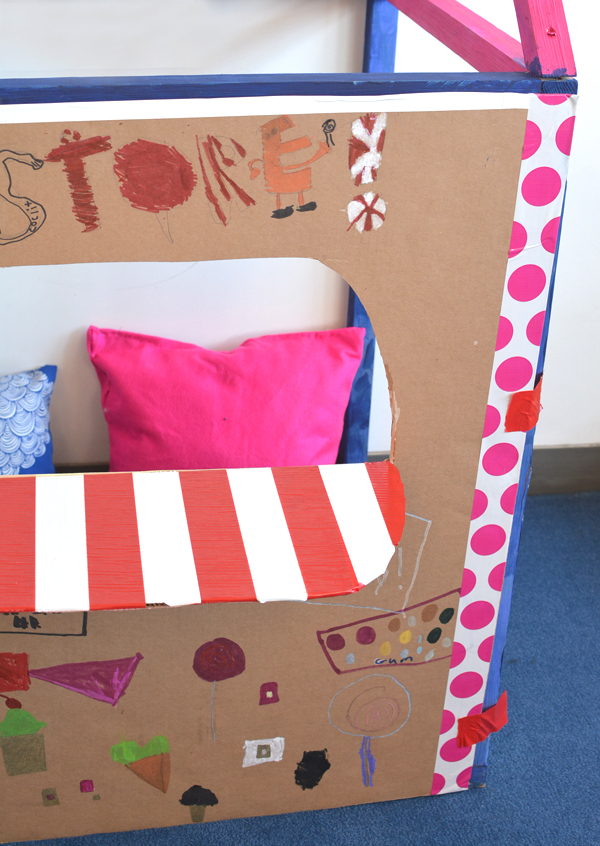 Next the first graders met over several weeks, broke off into groups and planned out exactly what they thought the kindergartners would want.  They checked back in a few times with the K class to make sure they were on the right track.  Then they came up with the plans for a prototype playhouse. 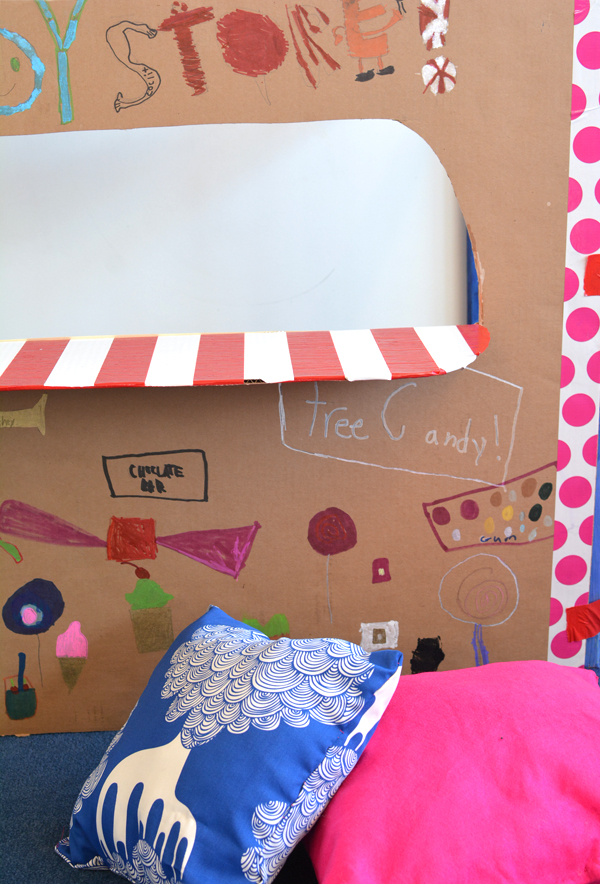 We worked on it for weeks.  Whatever was made had to in alignment with what the kindergartners wanted.  We were constantly reminded that we were solving a problem for the K class.  Their needs were at the forefront of every decision the first graders made.  That’s where the magic happened.  Yes, we made this incredible playhouse prototype.  Yes, we had tons of fun sanding, drilling, designing and painting.  But more than anything, we learned empathy.  The first graders took the time to step into the kindergartners shoes.  They asked themselves over and over, “Do you think the kindergartners would like that?”  They said things like, “No guys, that might be fun for us, but that’s not what they said they wanted.” or “They really love pink and blue, so even though we like red, we should paint it pink and blue.”  They understood that this wasn’t about them.  It was about solving a problem for their friends, the kindergartners, and working hard to give them more fun on the school yard. 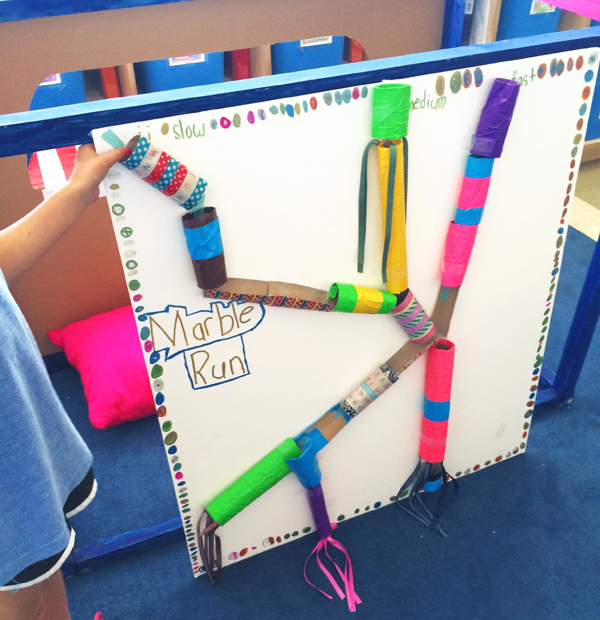 They even made an incredible marble run because the kids said they wanted something to shoot balls out of.  Pretty clever huh?  From start to finish this was a pretty incredible experience and I was super proud of all the kids involved.  More importantly they were pretty proud of themselves.  They learned empathy, one of the most important skills for leadership, communication, problem solving and making a difference in this crazy world.

We never went beyond the prototype phase.  School ended and I moved on to another amazing school.  I don’t know if the playhouse prototype is around anymore, but I hope there are some kindergartners shooting balls down that marble run or taking a rest on one of those great pillows the first graders sewed for them.  Who knows, maybe there are plans to make a real playhouse from our prototype.  That would be pretty cool. 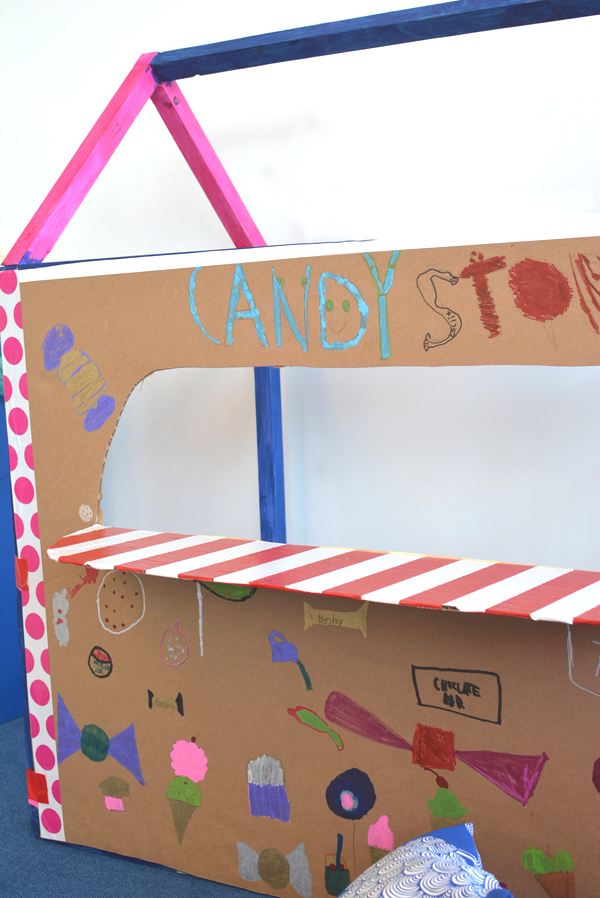 For the step by step tutorial on how to make the frame, click over to this beautiful blog Lait Fraise.  Granted it’s in French, but it worked for us.  And special thanks to my cousin Ted who came in and helped the kids put the playhouse together with all his fancy tools.

For more awesome STEAM inspiration click these posts.  They are really cool!

Tiny Dancers (A Homopolar Motor) by Babble Dabble Do

Simple Circuits from What Do We Do All Day?

Rubber Band Cars from All for the Boys

How to Build an Electromagnet Train from Frugal Fun for Boys 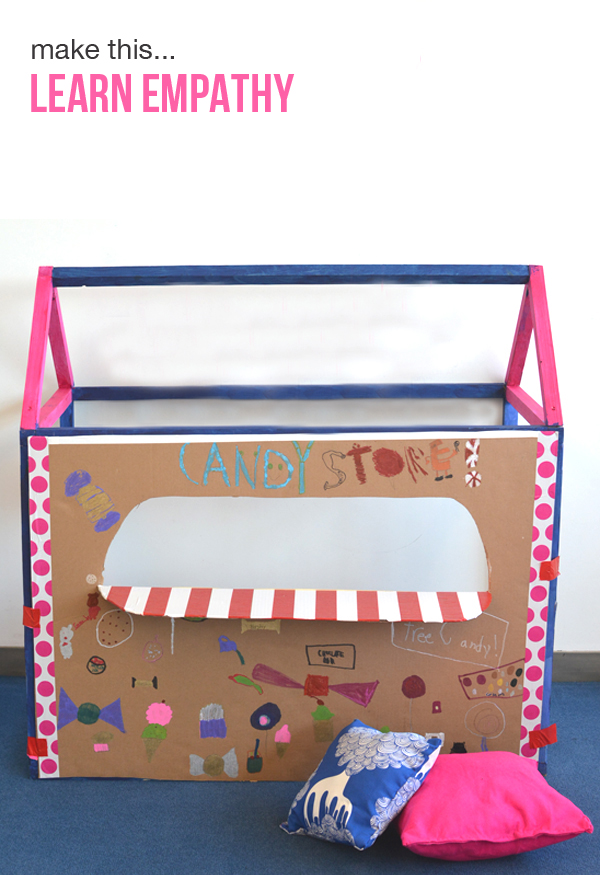