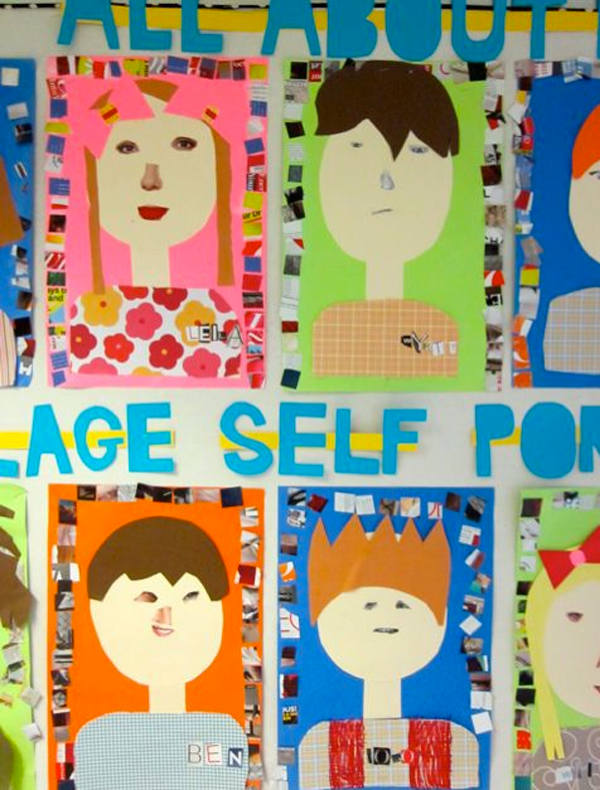 I LOVE this collage self portraits project.  It was so much fun to make and the kids had a good laugh at the results.  We call them whacky, yet beautiful.  Just like people.  I got the idea from an art project I saw at a friends house.  I embellished it a bit here and there.  I’d love to give the creator credit, but I don’t know who she is. 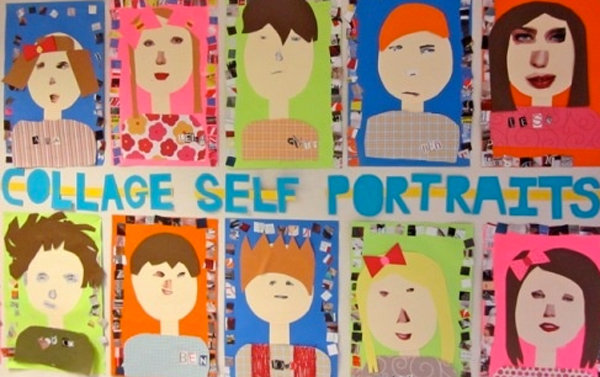 The steps are pretty easy.  Basically, take a 9×17 piece of construction paper and hold horizontally.  I pre cut heads, necks and chests for all the kids.  I gave step by step directions for gluing them down.  For the chest, the kids picked a pattern paper and glued on the template, then cut around the template.  This kind of cutting is great for kindergarteners because there is a guide/barrier for cutting.  After the body parts were glued down we added the border, which was made from pre-cut small squares from old magazines.  I tried to pick colorful magazine covers for this part so the paper was a little thicker.  After, I set up tons of magazine faces of girls, boys, men and women on the floor and the kids got to choose which ones they wanted to cut from.  This was crucial because looking through magazines with a group of 16 five years olds is not the greatest.  This way they could focus right in on the facial features they wanted to use.  After all the facial features were glued on, Brigitte helped the kids find letters in the mags to spell their names and paste to their shirts.  Last but definitely not least, the kids directed me on the hairstyle they wanted and I cut it out.  A few did it themselves.  I was okay with this since we had already spent a nice amount of time on the other parts.  Another way to do it would be to paint on the hair.  The likeness to the designers on some of these is pretty hilariously spot on.  Super fun project and a great keepsake at home.  I want to frame mine in a lucite box frame.

This was my sample. 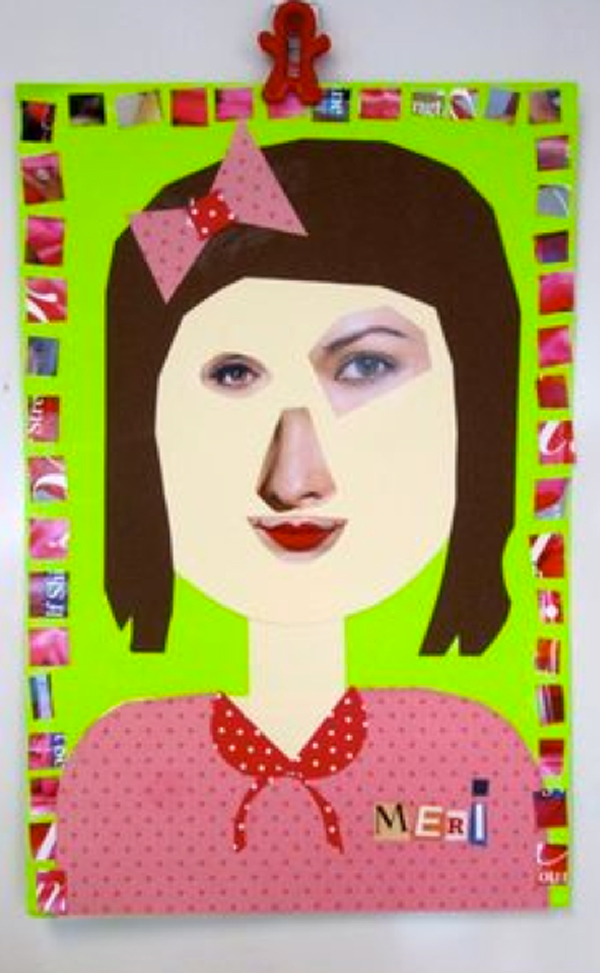