Our Family Trip to Paris

Ever since I opened the doors to Meri Cherry Art Studio, I had the goal to save enough money to take my family to Paris.  My husband thought our girls were too young, ages almost six and 7 at the time, but I was sure it would be a trip of a lifetime.  Ha, I was right.  But not at all for the reasons I thought.  Our family trip to Paris was pretty much a disaster from start to finish and I am so grateful for every last minute. 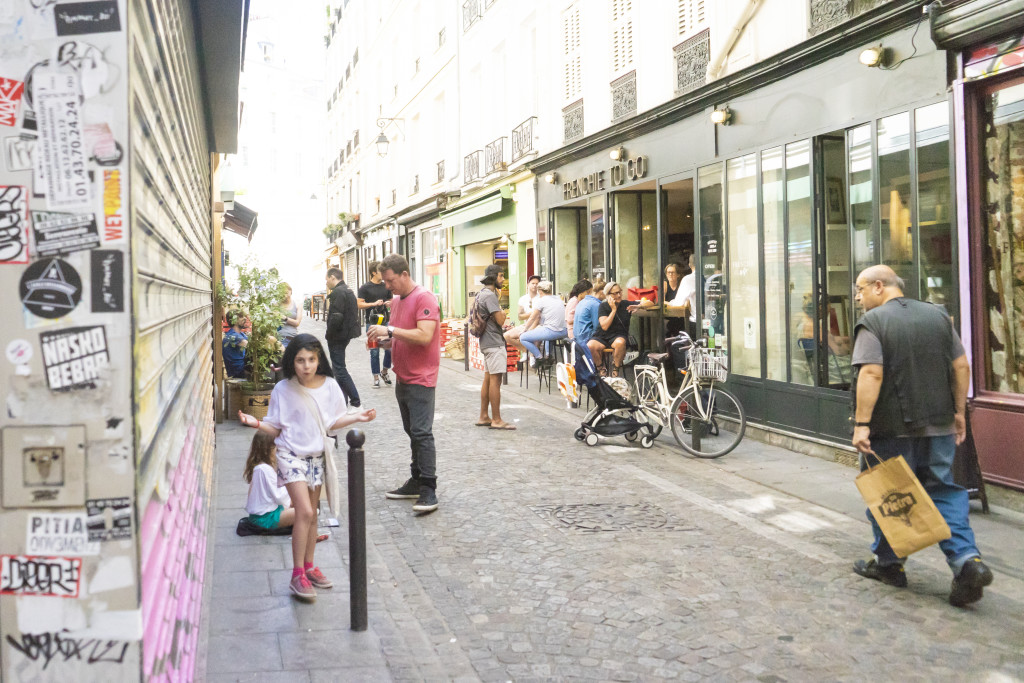 I had saved for almost a year.  I was so excited and proud and had all the feels about me being the one to take us.  Travel has always been important to me and I didn’t want another year to go by without the Cherry family experiencing Europe.  We planned four days in Paris, followed by six days in Spain and then five days in NY, where I am from. 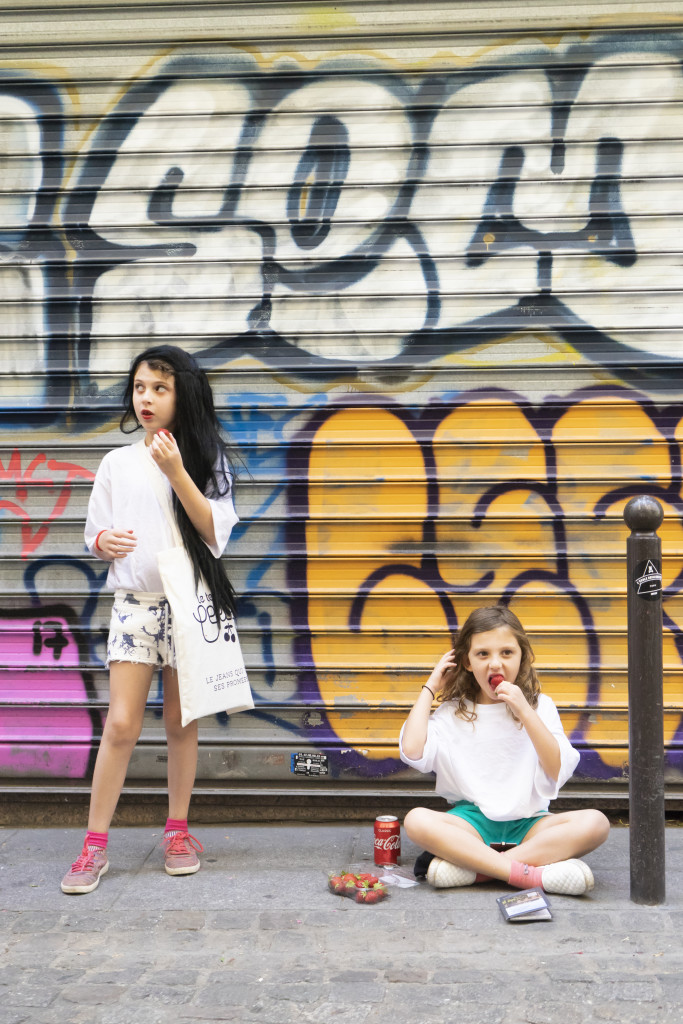 Two weeks prior to our trip everyone in my house got  Salmonella poisoning, except for me.  I never saw anything like it.  It was HORRIBLE, especially for Didi, my youngest.  It seemed to last forever and we were all at our wits end.  Finally, with a week to spare before the trip, everyone was better, for about a day.  Then everyone got strep, except me. First the girls, then Ev.  I couldn’t believe it. I thought we would never make it on the plane. 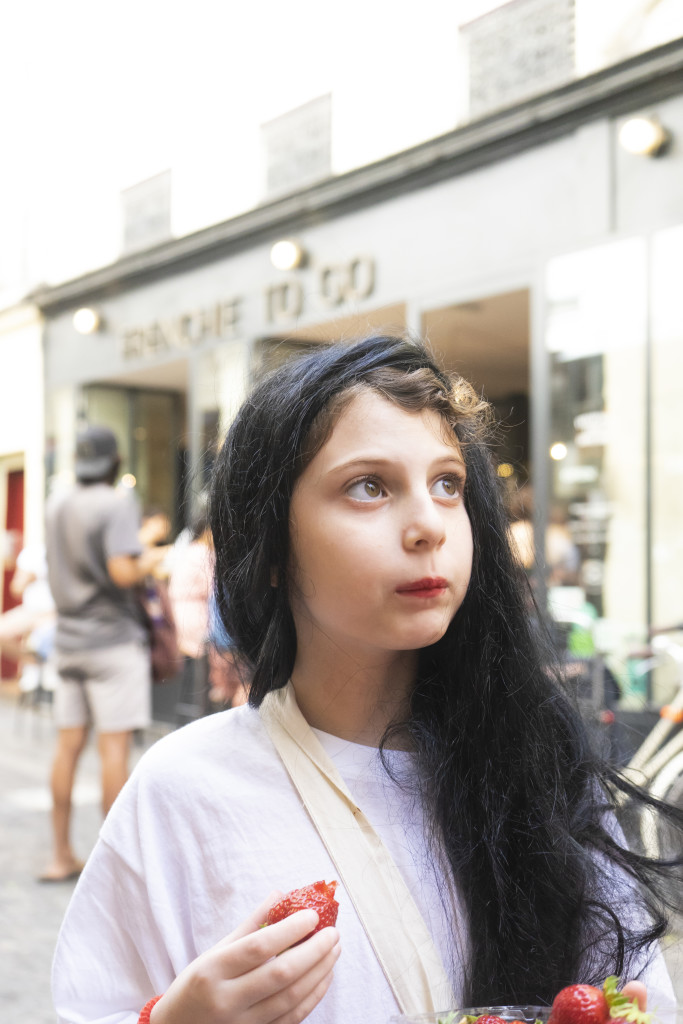 We did get on the plane somehow, and I thought, ok, the worst is behind us for sure.  Ev was still totally sick, but we are going to Paris.  The antibiotics will kick in and he’ll be fine.  We had a great flight and we were on our way.  Only problem was, our luggage was not.  We got to France and not one piece of luggage was with us. 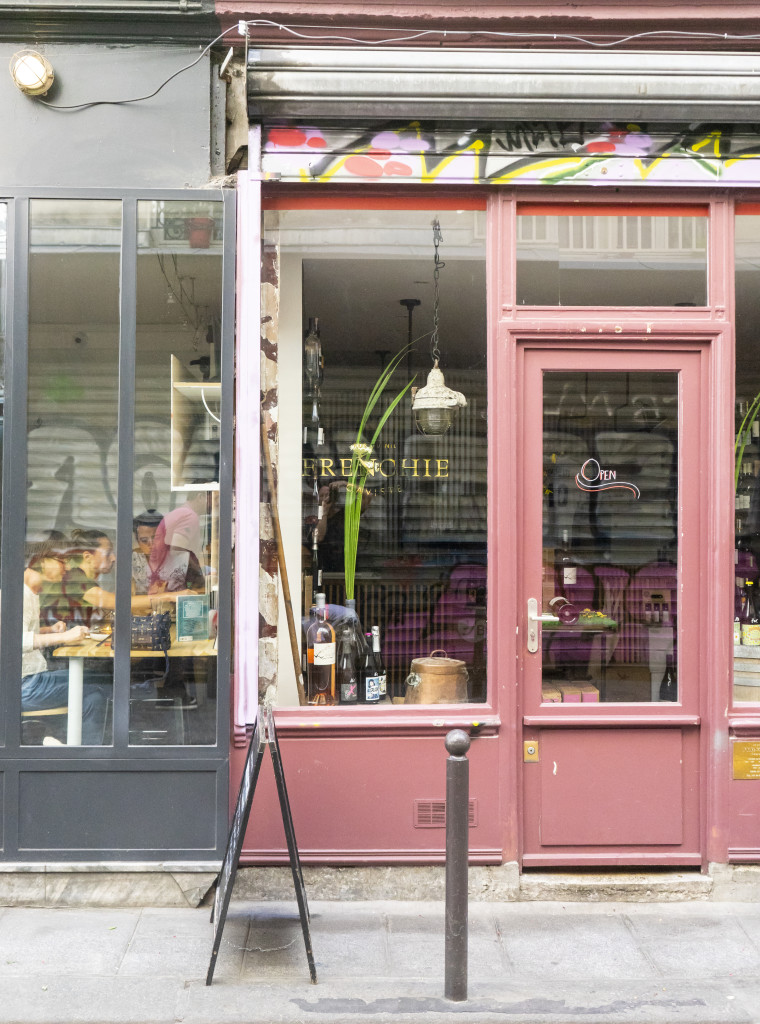 Ev and I are very positive people.  We believe in the law of attraction, setting intentions and making the best of unpleasant situations.  So when are luggage was lost, we were like, ok, no big deal, we got this.  Only, it was summer and about 98 degrees outside.  The concierge at the hotel kept telling us our luggage would arrive in two hours so we didn’t rush out to get new clothes, we just waited for our luggage.  That “in two hours” conversation lasted about three days, when we finally were so sick of wearing the white t-shirts they gave us on the plane, that we spent the day at H&M and Benetton getting new wardrobes.  I mean, of course that was fun.  The sales were amazing since it was summer, but it was just so hot, Gigi’s hair was a series of dreadlocks that I knew would just have to be cut out since we had no brushes, conditioner, etc. and we were just like, ughhhhh, this is not fun. 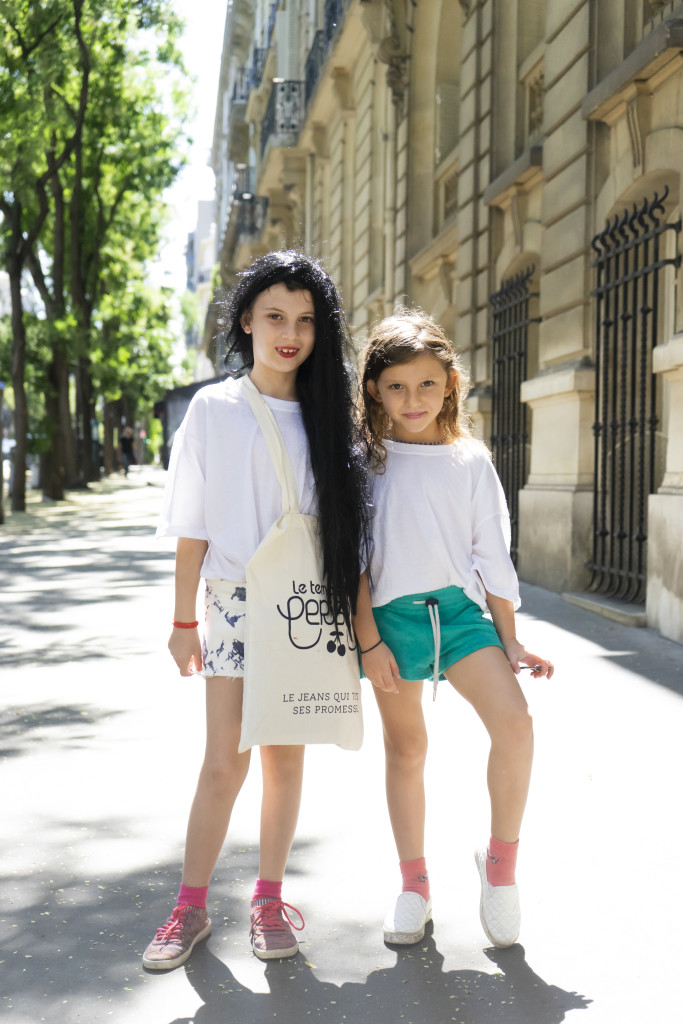 We were hot and sticky and annoyed and ready for something to change. Bring on Espana! Good news, our luggage arrived about ten minutes before we left for our trip to Spain.  We had booked an airbnb (on my insistence) for the week.  Ev kept saying we should just do it for a night or two, but I insisted. It was in a small town in southern Spain and I had visions of us walking into town, eating tapas, drinking cerveza and laying on hammocks all day.

Then we arrived at midnight to the fresh smell of the septic tank, cats jumping on my lap, no air conditioning, and two separate rooms down the hall from each other.  Now, I know we’re spoiled.  I am fully aware these  are not real problems but this is not the vacation we were looking for and there was no way my girls were going to sleep down the hall from us in a foreign place in a foreign country.  So Ev and I each slept with one, while some sort of pack of wild animals crooned outside our room, texting back and forth we need to get the f out of here and there is no way this is going to work for a whole week. We left the next morning, with faces like this… 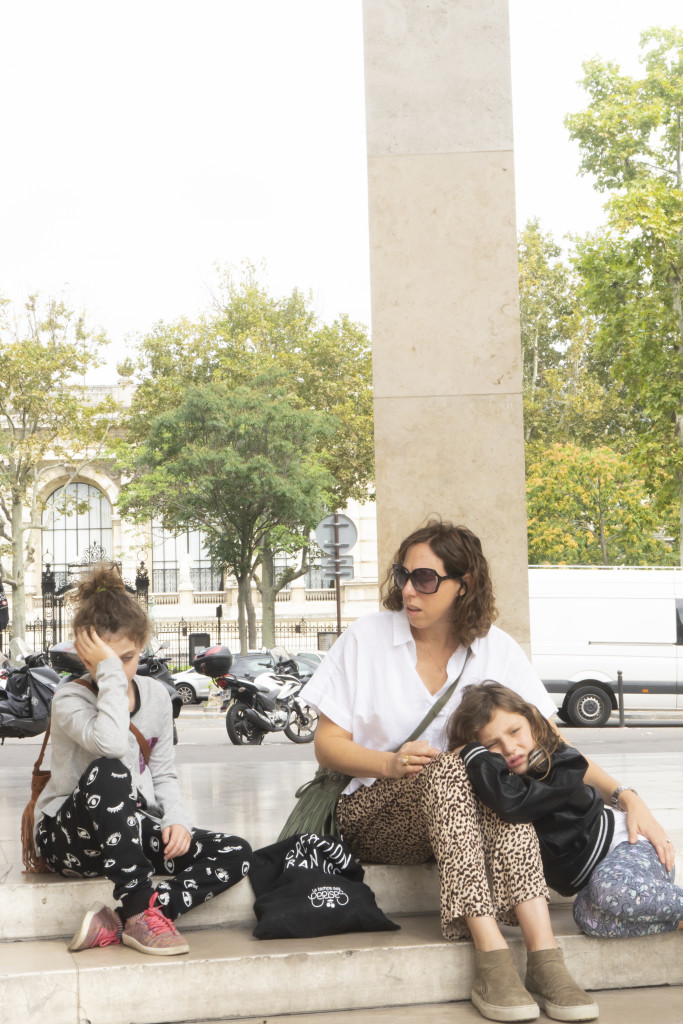 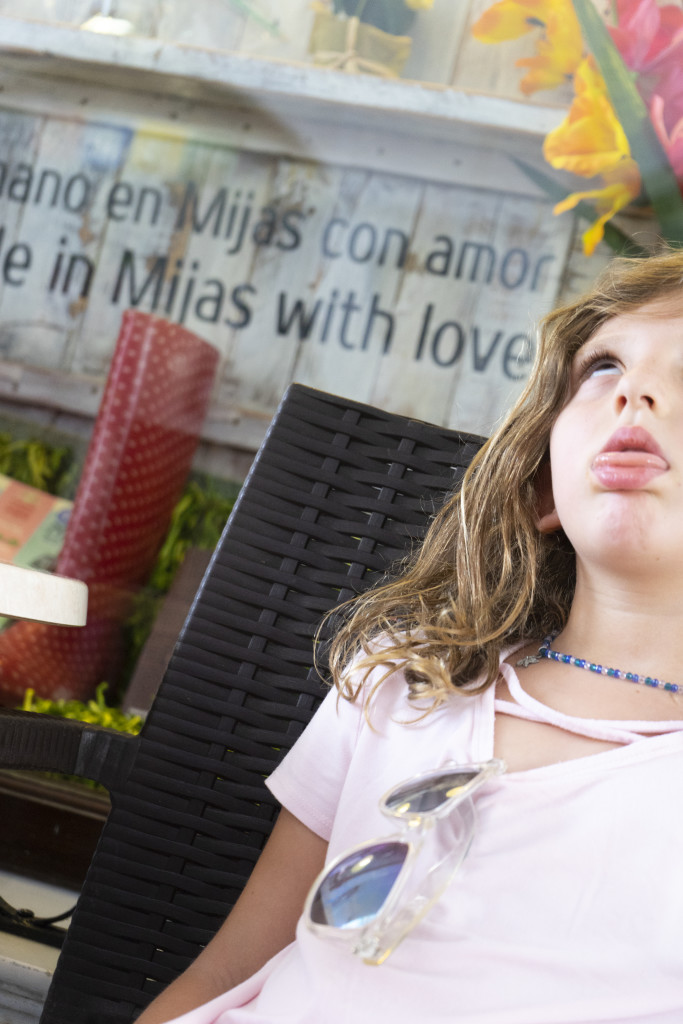 We got a super nice hotel in Marbella thanks to Marriot points we had been saving and the rest of the trip was more like a resort vacation similar to weekends in Palm Dessert, which would have been way cheaper. Ev loved Marbella and would happily go back, which I would too, but I wanted to live the life of a Spanish local, like I had done when I was in my 20s and this was just so not that. 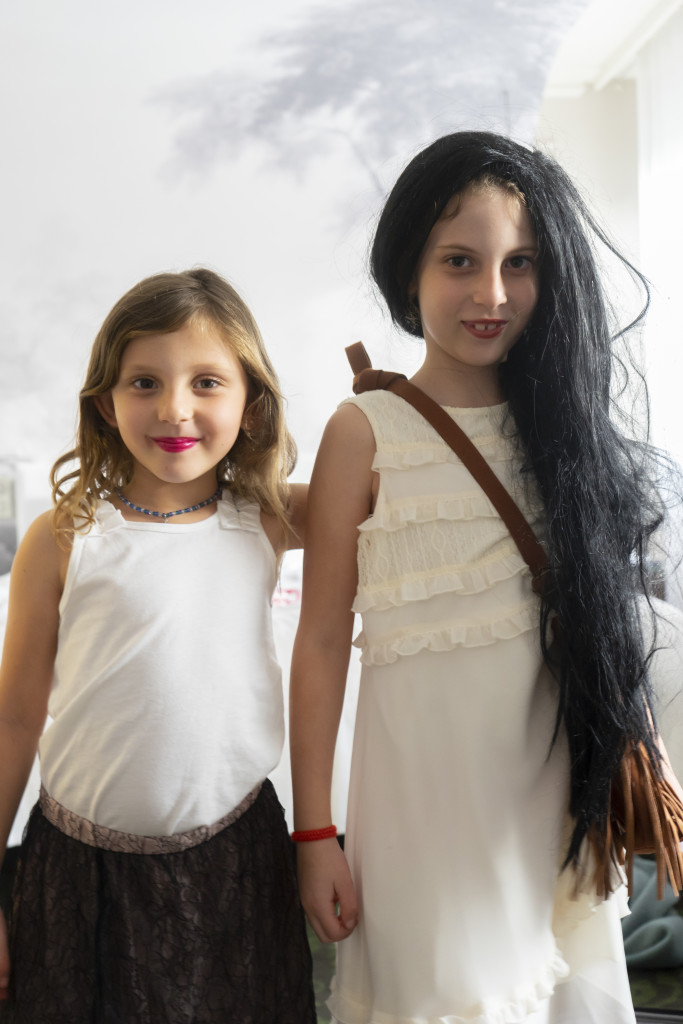 So why am I so grateful for this trip? It took me a while to figure that out.  At first, when we got back, I didn’t even want to hear the word Paris.  But then we started to talk about memories we made, like when we went to the most delicious Indian restaurant on the planet and it started to hail so bad outside that the girls were able to hold spoons outside the window and catch huge balls of ice.  Or when we were in Spain and the whole country was experiencing a taxi strike, so the only way we could get the girls to wait on the 45 minute line for or a cab was to get them an enormous amount of ice cream.

But perhaps the best memory was when Didi became obsessed with wanting a wig on our first day in Paris and just couldn’t get off it.  We had no luggage. It was 98 degrees and we were desperate. My little girl was way out of her comfort zone and she needed something to soothe her nerves. So you bet we trekked through the streets of Paris searching for a wig store and got her one.  The best part was that Gigi got one too, that she proceeded to wear the entire trip without wavering.  It was 98 degrees and my 7 year old superstar, who we started referring to as Cher, walked the streets of Paris and Spain in full wig, beret and paper fan. Wherever we went people would stare and she would say, “Mama, I think everyone thinks I look so beautiful.” My response, “I think you’re right Gig. You look pretty amazing.” 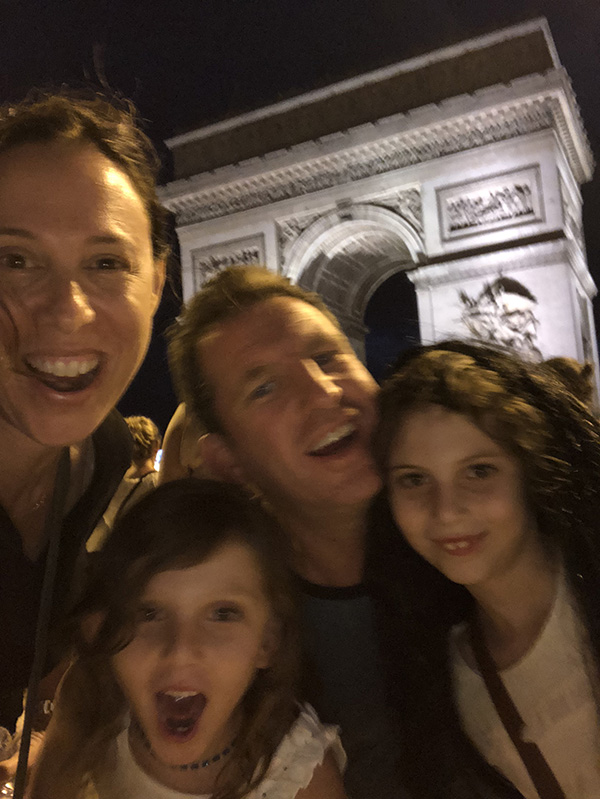 When Ev and I got home we spent one night just the two of us in Newport Beach and had the best 24 hours of our lives.  40 minutes from our house. So that was our trip. We made memories of a lifetime and I am in love with every single one of them.  This summer, we’re going to Portland. Wish us luck.